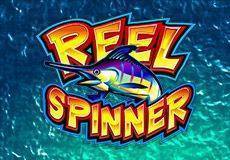 star star star star star 5/5 (995)
ISLE OF MAN â€“ Microgaming is releasing a whopper of a game to operators in July. Reel Spinner is a five reel, 15 payline fishing-themed game, delivering colourful maritime symbols, an exciting soundtrack and a brand new game feature. Three or more scatter symbols triggers a novel two-stage bonus round, whereby players first must select a boat to reveal the number of free spins awarded (up to 20). They then spin the fishing reel to reveal the free spins multiplier of up to 5x.
Play over 2000 games with 200% bonus +100FS! Deposit